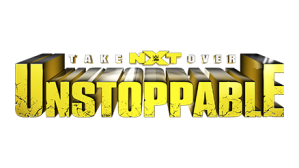 So, this is just the week that keeps on giving and giving, huh?

The internet has practically broken itself three times in the span of four days.

First, The Shield reunited for a good 45 seconds with a Triple Powerbomb at WWE Payback. Then, NXT Champion Kevin Owens came out on Raw and dropped John Cena on his head after a memorable promo exchange.

Now, Samoa Joe makes his NXT debut in a standoff with Owens at the conclusion of TakeOver: Unstoppable, a show that was already delivering on all fronts with yet another excellent effort.

With Joe recently taking independent bookings, the sight of him in NXT also fell on the rumor mill, but seeing it for ourselves was almost like the heyday of WCW’s rise in the 90’s when main eventers jumped ship.

Coinciding on a day where TNA reportedly was cancelled by Destination America (still not officially confirmed), it only made sense one of its former top stars (and original Beat Down Clan member as recent as March) came to “the place to be.”

END_OF_DOCUMENT_TOKEN_TO_BE_REPLACED

– The opening video did a good job of making Sami Zayn’s main roster debut come across as a big, breakthrough moment for the former NXT World Heavyweight Champion in his hometown, taking John Cena to the limit in the United States Championship Open Challenge. Smartly emphasized here was his will to fight through the sudden shoulder injury and made his health status a hook for the episode.

END_OF_DOCUMENT_TOKEN_TO_BE_REPLACED

– Good to see Emma trolling the crowd this time around, donning Bayley’s t-shirt and headband. The match between her and Charlotte was good for what it was. A lot of attention was focused on Emma’s newer aggressive style – more rough and gritty. Of course, that was all kind of done away as Charlotte finished her off with a Natural Selection, albeit on one leg. Bayley coming out to turn a hug for Emma into a Bayley-To-Belly was a nice change of pace, though it came off a bit heelish, but the crowd was fully behind her, so it was good.