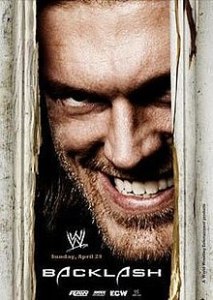 Fresh off the thriller that was WWE WrestleMania 23, that year’s Backlash had plenty to offer itself.

Let’s start with the Last Man Standing Match for the World Heavyweight Championship between Champion The Undertaker and Batista that actually stole the show.

That would’ve been the main event if you ask us.

There were other moments that you probably didn’t realize happened here – Vince McMahon was crowned ECW World Champion (eye-roll), WWE Women’s Champion Melina and Mickie James traded fists while in splits and a Batista spear literally brought the stage down.

This made us realize that 2007 maybe wasn’t so bad after all, as veterans like Shawn Michaels and The Undertaker delivered gutsy performances.

Now, let’s get to the nooks and crannies of “WrestleMania 23: The Important Stuff Part II.”