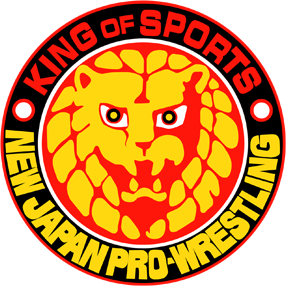 END_OF_DOCUMENT_TOKEN_TO_BE_REPLACED

– There were some aspects to the tag opener pitting Tetsuya Naito/ROH World Champion Jay Lethal against Kazuchika Okada/Yoshi Hashi. On top of the initial hesitant dynamic between Naito/Lethal for both having massive egos, it was always a pleasure to see both the ROH and IWGP World Heavyweight Champions square off in the ring. This match was actually at its highest points when it was purely Okada-Lethal. Commentary was okay here, but more could’ve been done to explain the factions involved and what significance they had on the bout for those of us who don’t nosedive into New Japan Pro Wrestling. Taking place in February from Korakuen Hall in Tokyo, Japan, it always offers a unique environment, where the crowd’s more appreciative of the art of wrestling and whatnot. We liked that they didn’t pretend this was a few months back and made it feel “exclusive,” to help hype ROH’s “Global Wars” Pay-Per-View airing this Sunday, May 8. Anyways, as the match progressed, good action on both ends with an excitable pace that ended when Naito clonked Okada over the head with Truth Martini’s book to help Lethal score the pin. Post-match was telling in that Naito/Lethal embraced, signifying an alliance between The House Of Truth and the Los Ingobernables factions headed into the PPV.

END_OF_DOCUMENT_TOKEN_TO_BE_REPLACED 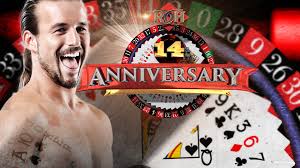 Photo courtesy of Ring Of Honor.

Despite the adage, what happened in Vegas didn’t stay in Vegas, since Ring Of Honor held its 14th Anniversary Show live on Pay-Per-View and stars from New Japan Pro-Wrestling were also here for the party at Sam’s Town.

An underwhelming undercard was made up for by a better second half, fronted by the triple-threat for the ROH World Championship between Champion Jay Lethal, Kyle O’Reilly and Adam Cole and an insane six-man tag.