Check out the latest episode of Intermission, as Host Nicholas Jason Lopez talks about pro wrestling news for 15 minutes with help from his Facebook feed!

It seems as if the internet may have bursted at the conclusion of last night’s World Title match.

CM Punk picked up the scraps, retained his Title and today marks the one-year point of his reign.

Rollins, Ambrose and Reigns are all familiar to NXT viewers and how WWE will have them explain their actions should make for good television.

It’s fortunate that there was this to boil over from because besides for a few shiny spots, this was a mostly forgettable show.

END_OF_DOCUMENT_TOKEN_TO_BE_REPLACED

*The Following Is A Press Release From Powerbomb.TV*

This past weekend, during PCW UK Live Wrestling on Powerbomb.tv, it was announced that former PCW Champion and current WWE Superstar Apollo Crews will return for ONE NIGHT ONLY on February 10th!

NXT Star Oney Lorcan will make his return to Beyond Wrestling for their New Years Eve event in Massachusetts. Oney will

be there signing autographs and making an appearance to the live audience.

Joey Janela (w/ Penelope Ford) vs David Starr
When the ball drops, the bell rings for the first pro wrestling match of 2018!

Not a subscriber? Watch it for free!
Use promo code “BEYOND” for your first 20-days free!
(Plus, we’ll give them a little kickback for you using it!)

END_OF_DOCUMENT_TOKEN_TO_BE_REPLACED

The Shining Wizards – Episode 338: The Price Of Fame With Ted DiBiase 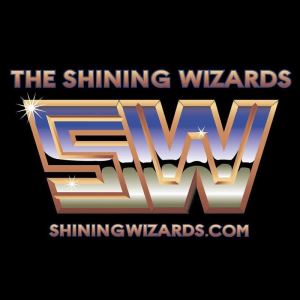 Check out the latest from our friends at The Shining Wizards Podcast, which features interviews with “The Million Dollar Man” Ted DiBiase and Fundraiser Wrestling’s Jack Victory.

The Shining Wizards – Episode 336: Collar And Elbow With Al Snow

Check out the latest episode from our friends at The Shining Wizards Podcast, which features an interview with Al Snow via Skype that almost didn’t happen. Fortunately, after a 24-minute delay, it did and they discussed Extreme Championship Wrestling, The New Rockers, Collar And Elbow Clothing, bullying and more.

With the Mae Young Classic Tournament here, it’s evidently the effect that women’s wrestling has now had on World Wrestling Entertainment (WWE) in recent years.

At one point endlessly endeavored as the “Bathroom Break Segment” where fans would evacuate their seats in drones for the concession stands, female talent (branded “Divas”) in the billion dollar company were more accentuated for their looks than wrestling abilities. That known, matches would last about four minutes to the most.

Even though some female pioneers like Trish Stratus and Lita served as an athletic alternative to the rampant eye candy, WWE still treated the majority of women as an undercard attraction, if at all. Valets in bras and panties. Nothing more.

Just before the “Women’s Revolution” graced us with its presence on NXT with the likes of Sasha Banks, Charlotte, Becky Lynch and Bayley, we had Paige, Kaitlyn and AJ Lee. Somewhere between the “PG Era” (shorter matches and irrelevant hosting gigs) and the “Revolution,” Paige/Kaitlyn/Lee also came up through developmental and scratched and clawed to steal the show.

END_OF_DOCUMENT_TOKEN_TO_BE_REPLACED

Whether it was “Broken” Matt Hardy, Chris Jericho’s transformation into a walking meme, Goldberg’s unexpected return or the Cruiserweight Classic, everywhere you looked, there was something to talk about.

For all those moments however, came some head shakers.

With the unenviable task to cover every single 2016 episode of Raw, SmackDown (even before it was “Live”), NXT, Impact Wrestling and Pay-Per-View/Live Specials (all 29), we’ve seen things that cannot be forgotten.

We’re here to bring them to light.

END_OF_DOCUMENT_TOKEN_TO_BE_REPLACED

– The opening video hyped the huge rematch in Osaka, Japan for the NXT Championship between Champion Samoa Joe and Shinsuke Nakamura. It promised to be a “hard-hitting affair” and why wouldn’t it be?