Notes In Observance – TNA Impact Wrestling 2/16/17: That Time In Tijuana 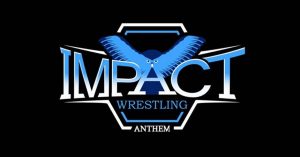 That Time In Tijuana

– The opening video recapped last week’s show, particularly the part where TNA World Tag Team Champions, The Broken Hardys, transported themselves into Tijuana, Mexico, in search of their Tag Team Champions. They called it an “expedition of gold.” We’ll go along with it and anything Broken-related. We were reminded of how they hobnobbed with the Spanish elite and led everyone in a chant of “Delete!” and oh hey, that rhymed. Go us. They were hyped (with big white capital letters and dramatic music) to face Psicosis/Super Crazy later on. That just sounds like a dream match at this point.

END_OF_DOCUMENT_TOKEN_TO_BE_REPLACED

– As the title suggests, we were back to fun and high stakes in the Temple. There’d be no other way to have it. The opening video focused on Joey Ryan’s reveal of Cortez Castro to be an undercover cop against Dario Cueto and the “Loser Leaves Lucha” feud between Rey Mysterio Jr. and Chavo Guerrero Jr., as it got to the point where Mysterio couldn’t advance with his career unless him and Guerrero reached a formidable conclusion.