The main roster has been in a place of recovery in recent weeks after the announcement of both Paul Heyman and Eric Bischoff as Executive Directors of Raw and SmackDown respectively.

Although Bischoff is expected to begin his role after this event, it has been said that Heyman had his “fingerprints all over” Raw the last two weeks. The first week was complete with Corey Graves swearing on air, a stage explosion/pyro angle and logical storyline developments, a key aspect to Heyman’s creative skills.

This most recent Raw episode felt like more of the same filler we had previously, yet SmackDown was the better show, so who knows if Heyman had his way with the blue brand just prior to Bischoff’s beginning?

Extreme Rules is being looked forward to by many, only because it will mean the end of one era (hopefully the dreadful Wild Card) and the start of a more meaningful one. Enthusiasm is dead with the current main roster product and if anybody knows what to do to rejuvenate it, it might as well be Heyman and Bischoff at this point.

END_OF_DOCUMENT_TOKEN_TO_BE_REPLACED

Stomping Grounds (Or Stomping Ground? We had to literally look at the poster to remind ourselves) comes at a time when main roster television has become uninspired at best. Is it just Lesser Super Showdown aka Less Than And Not Equal To WrestleMania?

It only made sense that last night, the WWE app accidentally let out a notification that the show was “about to begin,” clearly meant for tomorrow night. It was quite a “universal” problem (wink, wink).

We almost wanted it to happen yesterday, just so we can get it over and done with already.

The Wild Card rule continues to drag down Raw and SmackDown in quality and has made both shows feel the same. We have started to forget who is on which show now. What’s the point of a brand split then?

This probably has to do a little bit with SmackDown’s move to Fox in October. Maybe Creative has saved their best stuff for then, but it’s a chore these days to watch. Give us something. Anything.

Outside of the imaginatively hilarious and outlandish Bray Wyatt vignettes, the storylines have become immensely repetitive – Shane McMahon says stuff, Drew McIntyre is angry, Sami Zayn loses, Alexa Bliss is a disgruntled Starbucks customer, R-Truth loses the 24/7 Championship and wins it back (although not this week), Ricochet may or may not win his match and Baron Corbin is simply terrible.

You have not missed much outside of the aforementioned. Shame.

END_OF_DOCUMENT_TOKEN_TO_BE_REPLACED

WWE Money In The Bank 2019 Preview/Predictions

The poster of this event is a microcosm of the problems that plague the main roster – the illusion that two’s better than one.

In a panicked reaction to low ratings, Vince McMahon introduced (in a half-assed manner, mind you) the “Wild Card Rule,” where four superstars from Raw could appear on SmackDown and vice versa. McMahon messed up the promo to explain it and then managed to break his own made-up rule as five superstars from SmackDown appeared on that very Raw.

Since its forgettable introduction, it has actually made Raw and SmackDown feel like the same show, with Elias, Roman Reigns, Shane McMahon, The Miz and The Usos being most of the “Wild Cards.”

We’ll get into the bigger problems later, but Money In The Bank comes at a time when the main roster needs unpredictability and luckily, the briefcase holders can contribute a bit of that to their respective Title pictures.

END_OF_DOCUMENT_TOKEN_TO_BE_REPLACED 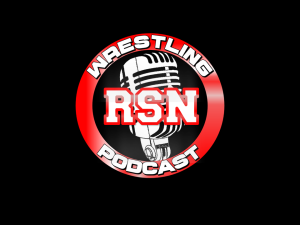 Check out the latest episode from The RSN Wrestling Podcast as Rich, Sal and Nick “shoot” on the last week in wrestling – WWE Royal Rumble and after!

Check out the latest episode of “Intermission,” a 15-minute podcast where Host Nicholas Jason Lopez talks about current pro wrestling news and social media ramblings with help from his Facebook feed!

– The opening video showcased WWE Universal Champion Goldberg’s victory over Kevin Owens at Fastlane. They wasted no time to show Brock Lesnar’s interruption of his promo last week and subsequent face-to-face. All of this was to of course, hype their encounter for the Title at WrestleMania 33. As we remember, Lesnar stood tall at the end with an F5 while Paul Heyman provided the verbal bloodshed. Basically, the momentum shifted from Goldberg to Lesnar. Good time for this to happen with Mania in the wings.

END_OF_DOCUMENT_TOKEN_TO_BE_REPLACED

– The opening video recapped WWE Universal Champion Goldberg’s defeat over Kevin Owens at Fastlane the night before that lasted just longer than a National Basketball Association shot clock. WWE United States Champion Chris Jericho – once Owens’ best friend that was betrayed mercilessly weeks prior – cost him the belt that he at one point helped him keep countless times. He did that with his simple presence on the ramp, which deterred Owens from his “mind games” strategy of repeatedly stalling for time. We hoped they’d work in actual footage of Jericho helping Owens time in and time out (Dammit, WWE Network, there’s an archive waiting to be used) but they did give us the line from Commentator Michael Cole, so we guess we’ll settle for that. On the other side of the WrestleMania 33 spectrum, this sets up an inevitable Universal Championship match between Goldberg and Brock Lesnar, just what their third match in history needs.

END_OF_DOCUMENT_TOKEN_TO_BE_REPLACED

Indicative of the lackluster Raw brand compared to the glitz of SmackDown Live’s progressive storylines and vibe, Fastlane is what you get when you bring WrestleMania season into the fold.

Ice cream bars, Jinder Mahal singles matches, potential streaks ending and questionable creative decisions are what this Fastlane will be best remembered for.

Also let the record show that the Cruiserweights stole the show and it wasn’t close.

Deemed “the last stop before WrestleMania,” this one had us downright sleepy at the wheel at times. Drive with caution.