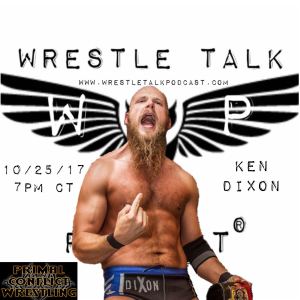 Check out the latest episode from our friends at the Wrestle Talk Podcast With Joe & Rene, which features Guests Brandon Aarons (Dynamo Pro Wrestling) and Ken Dixon (Primal Conflict Wrestling).

Check out the latest episode from our friends at The Shining Wizards Podcast, which features interviews with Comedian KP Burke and Mega Powers. Topics discussed include Raw on Christmas, Backyard Wrestling, Women Of Wrestling, Jeff Jarrett, Global Force Wrestling, The Mae Young Classic and more! 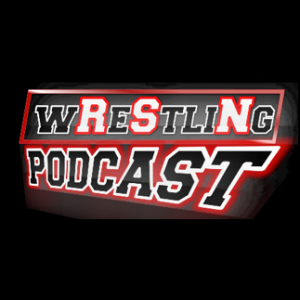 Check out the latest episode of The RSN Wrestling Podcast, as PWO’s own Nick, “The Mastermind” Sal and “Big Guy” Rich take the time out to discuss all things TNA, from the early Asylum days to the many faction warfares in its heyday to that time Impact competed against WWE Raw on Mondays in 2010.

A True Wonder Of The World

The wrestling world was shaken to its foundation Apr. 21 when Joanie Laurer (aka Chyna) had tragically passed away. Grief was expressed as worldwide news outlets began to break the news.

When I was first asked to write this piece, I woke up to a text about the idea and hadn’t come “back to Earth” yet. I thought maybe the reason would be that WWE had let her back in the company in some capacity and as I glanced social media feeds, that sadly wasn’t the case.

Despite her recent gripes with WWE, there’s no denying her influence.

She was a major unsung heroine of the Attitude Era ever since she debuted as Triple H’s bodyguard in 1997. Vince McMahon wasn’t crazy about the idea that a woman could beat up men convincingly, but he gave her a chance and she went out to become the first WWE female to be known for her strength rather than looks/attire.

Not to mention that she was a founding member of D-Generation X, one of the era’s most influential factions. She was an integral part of their initial success and after Shawn Michaels left, she stood side-by-side with Triple H as a leader.

During this time, she also broke barriers as an entrant in the 1999 Royal Rumble. This was revolutionary and set a high mark for every woman there after.

After DX broke up, Chyna would leave her real mark in WWE.

She was perhaps best known for her reign as WWE Intercontinental Champion, beating Jeff Jarrett in a controversial “Good Housekeeping” match at No Mercy 1999, showing that women could do anything they wanted, even competing and winning a men’s Title. Even though the idea was criticized, the reign gave us some excellent promos and matches between Chyna and Chris Jericho, who’d defeat her for the belt, jumpstarting his WWE career.

She was also a comedic element in some Attitude Era storylines. Who could forget her time as Eddie Guerrero’s “mamacita” or Mark Henry’s date?

She finished out her WWE stint by becoming WWE Women’s Champion, but tensions with her ex-boyfriend Triple H and his on-screen/real-life girlfriend Stephanie McMahon was too much for her and eventually led to her departure. The true reason behind her departure is still up for debate, but it was clear her WWE time was up.

Lauren’s post-WWE life proved tumultuous, colliding with drugs, alcohol and domestic abuse. It had since overshadowed her in-ring career and despite her attempts to clean up, she never maintained that status.

Although many people have, I won’t speak negatively about her numerous adult films. She was fascinated with the industry and proud of her films. I can’t knock someone for doing what they enjoy. In fact, that makes it even more admirable.

Chyna’s legacy is felt and will continue to do so for many years. She showed an entire generation of girls that it was okay to have muscles and taught all of us that anything was possible if your mind was put to it.

Some day, we’ll see Chyna get inducted into the WWE Hall Of Fame. Her in-ring contributions are way too important to let her outside career diminish it. Time heals all wounds and we can only hope that Triple H puts his personal feelings aside so we can honor one of WWE’s most recognized females.

I’m sure everyone fears that Laurer’s death is drug-related, but let’s not think about that. Rather, let’s remember her as a woman strong enough to compete in a man’s world and bodyslam all of them.

There’ll never be another “Ninth Wonder Of The World.” There never could be.

– The opening video highlighted the brutality of Lethal Lockdown and how it signified the end, as Team TNA would fight Team Global Force Wrestling for whole control of TNA, most recently referencing Eric Young joining GFW’s side.

END_OF_DOCUMENT_TOKEN_TO_BE_REPLACED

– The opening video talked about Jeff Jarrett offering to run Impact when “The Law” Bully Ray was attacked (bet TNA feels stupid mentioning his likeness now), also looking at the attack on Drew Galloway backstage and PJ Black winning the King Of The Mountain Championship. Hyped were three random Championship matches – a three-way for the X-Division Championship with DJZ, Sonjay Dutt and Tigre Uno, Velvet Sky vs. Brooke for the Knockouts Championship (how did she earn that?) and Abyss/Manik vs. The Wolves for the TNA Tag Team Championships (same goes for them too).

END_OF_DOCUMENT_TOKEN_TO_BE_REPLACED

– The opening video looked back at last week’s TNA/Global Force Wrestling “supershow,” with TNA getting two out of three victories, with GFW’s PJ Black winning the King Of The Mountain Championship, earning the right to face TNA World Heavyweight Champion Ethan Carter III later on. Also hyped for this “Turning Point”-themed episode was Mr. Anderson vs. Bram in an “Open Mic” match and Gail Kim vs. Marti Bell/Jade in Six Sides Of Steel.

END_OF_DOCUMENT_TOKEN_TO_BE_REPLACED

– This was supposed to be seen as something ground-breaking as it was TNA vs. Jeff Jarrett’s Global Force Wrestling, as the opening video showcased all the different matches – Tigre Uno (TNA) vs. Sonjay Dutt (GFW), The Wolves (TNA) vs. Brian Myers/Trevor Lee (GFW), Awesome Kong (TNA) vs. Lei’D Tapa (GFW) and five mystery athletes would compete in a King Of The Mountain match (oh joy) for the KOTM Title.