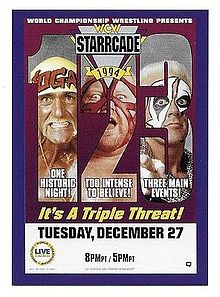 WCW World Heavyweight Champion Hulk Hogan’s huge signing to World Championship Wrestling in June earlier in the year was a sign that perhaps things would change.

To an extent, that was correct.

Hogan’s arrival brought more money and sponsorships to WCW and his creative pull allowed him to bring in various faces of his past and recreate some magic.

Still, for every feud he had with Ric Flair, there was a Butcher match in the wings. If you told us that he’d be the main event of the biggest show of the year instead of doing the “Loser Must Retire” match there, we would’ve laughed too.

Star power doesn’t always provide a star product. That’s evident up and down through this card, though the quick wits of Bobby “The Brain” Heenan on commentary make it easier to sit through.

WCW tried to pass off “What’s Old Is New Again,” but alas, we just feel like it was done better somewhere else before.

END_OF_DOCUMENT_TOKEN_TO_BE_REPLACED 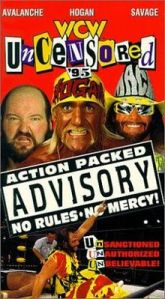 If a tagline ever fit a World Championship Wrestling show, this was it.

Uncensored – WCW’s attempt to bend the rules and present an “extreme” Pay-Per-View with only gimmicked matches, was an experiment in the beginning.

What malarky? Put in a “Boxer Vs. Wrestler” Match, a “King Of The Road” Match and a “Martial Arts” Match.

Oh and because of recent creative changes, no blood was allowed at all.

END_OF_DOCUMENT_TOKEN_TO_BE_REPLACED 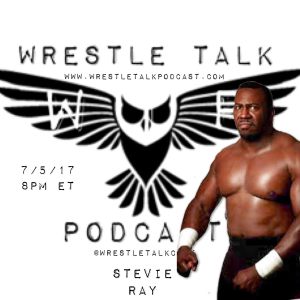 Check out a recent episode from our friends at the Wrestle Talk Podcast with Joe & Rene, which features interviews with Dynamo Pro Wrestling’s Luke Roberts/Frodo “The Ghost” Meyer, “The Kingpin” Angel Medina and Stevie Ray.

A product of the Dynamo Pro Wrestling Dojo in St. Louis, Missouri, Meyer rocks a green mohawk and lyric stylings. Also an accomplished musician, he has gone on tour with Twiztid and ABK.

Trained by “Unpredictable” Johnny Rodz, Medina debuted professionally in 1999. Many will remember him as a part of “The Baldies” in Extreme Championship Wrestling until his departure in April 2001. Since then, he has become a seven-time International Wrestling Association Hardcore Champion.

Regarded as one of the most well-known tag team wrestlers of the 1990’s, Ray achieved great success with his brother, WWE Hall Of Famer Booker T, under the team name of “Harlem Heat.” He held the World Championship Wrestling World Tag Team Championships 10 times before he eventually joined the New World Order. Nowadays, Ray hosts a weekly radio talk show on Wednesdays called, “Straight Shooting With Stevie Ray” on KCOH 92.9 FM.