Notes In Observance – Southpaw Regional Wrestling 8/?/86: Doing It For Dewey 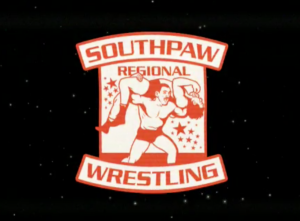 Doing It For Dewey

– While the World Wrestling Federation builds to their “Big Event” on the 28th, in smaller territories, the talk of the town’s Southpaw Regional Wrestling’s “Showdown At The Swamp,” (SATS) which takes place Aug. 18 at Municipal Stadium. We got an opening video which was a cool music promo mashup, as “The Banker” Mr. Mackelroy, Impressive Pelvis Wesley, SRW Champion John Johnson, Referee Chip Henderson and Ringside Correspondent Clint Bobski each introduced themselves and what makes them so unique to SRW. It put the Super Bowl Shuffle to shame, maybe even as far as a “shot” at the recent “WrestleRock Rumble.” Even though Co-Host Lance Catamaran didn’t seem pleased when the camera cut to him, it was still a noticeable attempt to have fun. Professional wresting can be so serious these days. Somebody tell that to the WWF please.