– The opening video showcased WWE Universal Champion Goldberg’s victory over Kevin Owens at Fastlane. They wasted no time to show Brock Lesnar’s interruption of his promo last week and subsequent face-to-face. All of this was to of course, hype their encounter for the Title at WrestleMania 33. As we remember, Lesnar stood tall at the end with an F5 while Paul Heyman provided the verbal bloodshed. Basically, the momentum shifted from Goldberg to Lesnar. Good time for this to happen with Mania in the wings.

END_OF_DOCUMENT_TOKEN_TO_BE_REPLACED

Final Resolution was the last TNA Pay-Per-View of 2012 and it was highly unspectacular.

There were no matches that left us speechless, nothing that made the internet orgasm, just slightly below average.

END_OF_DOCUMENT_TOKEN_TO_BE_REPLACED 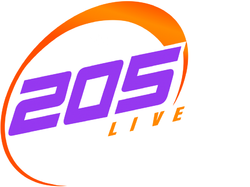 The Greatest Message That Ever Lived

– The opening video recapped the previous night’s Raw where WWE Cruiserweight Champion Neville pushed Commentator Austin Aries to his boiling point and was blindsided in the jaw by a microphone. All of this came after Neville’s two consecutive stellar performances in defenses against Gentleman Jack Gallagher at Fastlane and Rich Swann on Raw. The guy carries the division in the ring, Aries carries it on the mic, why not combine the two in WrestleMania season? They made it clear he was the new challenger, without the official announcement. Props to the video package as it worked in the loud chants for Aries brilliantly.

END_OF_DOCUMENT_TOKEN_TO_BE_REPLACED

– The opening video recapped the last month, aka Randy Orton’s “master plan” to sacrifice himself into The Wyatt Family to get a shot at the WWE Championship, which ultimately culminated with arson. Definitely one of the more darker angles in recent years, with the image of Orton’s pose with a fiery background probably something that’ll follow his career in the years to come. It’s still hard to determine ideologically that Wyatt wasn’t turned babyface by Orton’s actions judging by his sympathetic “Oh my god, my house is burning down” reaction. We guess this new episode will help out with that.

END_OF_DOCUMENT_TOKEN_TO_BE_REPLACED

– The opening video recapped WWE Universal Champion Goldberg’s defeat over Kevin Owens at Fastlane the night before that lasted just longer than a National Basketball Association shot clock. WWE United States Champion Chris Jericho – once Owens’ best friend that was betrayed mercilessly weeks prior – cost him the belt that he at one point helped him keep countless times. He did that with his simple presence on the ramp, which deterred Owens from his “mind games” strategy of repeatedly stalling for time. We hoped they’d work in actual footage of Jericho helping Owens time in and time out (Dammit, WWE Network, there’s an archive waiting to be used) but they did give us the line from Commentator Michael Cole, so we guess we’ll settle for that. On the other side of the WrestleMania 33 spectrum, this sets up an inevitable Universal Championship match between Goldberg and Brock Lesnar, just what their third match in history needs.

END_OF_DOCUMENT_TOKEN_TO_BE_REPLACED

Check out the latest installment of The RSN Wrestling Podcast, as Hosts “Mastermind” Sal, “Big Guy” Rich and “The Knight That Runs The Site” PWO’s own Nick “shoot” on recent wrestling happenings.

Indicative of the lackluster Raw brand compared to the glitz of SmackDown Live’s progressive storylines and vibe, Fastlane is what you get when you bring WrestleMania season into the fold.

Ice cream bars, Jinder Mahal singles matches, potential streaks ending and questionable creative decisions are what this Fastlane will be best remembered for.

Also let the record show that the Cruiserweights stole the show and it wasn’t close.

Deemed “the last stop before WrestleMania,” this one had us downright sleepy at the wheel at times. Drive with caution.

END_OF_DOCUMENT_TOKEN_TO_BE_REPLACED

– The opening video looked at the previous night’s tag match where WWE Cruiserweight Champion Neville looked to put Gentleman Jack Gallagher in his place since he was mocked at the contract signing the week before. They also showed “The Premier Athlete” Tony Nese and his concern of only doing what was best for him. Gallagher won the match for his team as he stared through Neville’s eyes and made Nese submit. Run-of-the-mill recap, but still good and where it needs to be with Neville-Gallagher for the belt at Fastlane in five days.

END_OF_DOCUMENT_TOKEN_TO_BE_REPLACED

– We began with Goldberg, who we know challenges WWE Universal Champion Kevin Owens at Fastlane in six days. Cue his classic “walk from the back and snort aggressively” entrance. Goddamn, his pyro gets so bright. Among the fans in Green Bay, Wisconsin looks like an adult woman decked out in WWE Raw Women’s Champion Bayley’s gear. Well, something seems off about that. Not a bad promo from Goldie – “KO talks too much” and “I’m six days away from gold” are things his character should be saying. It’s inevitable, isn’t it? We think people just like to chant Goldberg’s name more than it being an indication that he’s actually over. He sure was throwing a lot of promises out there. Things looked to wrap up there, but we got a KO appearance. Luckily for last week’s sit-down suit promo, we can take the Champ slightly more serious now. Okay, he flubbed “mood” for “mool,” but that can slide. We liked that he sold his credibility and reminded us of how he beat John Cena on his first night on the main roster and scored big wins over AJ Styles and WWE Intercontinental Champion Dean Ambrose. He even name-dropped WWE United States Champion Roman Reigns. The telling line was that he outright said Chris Jericho didn’t matter. Foreshadowing. We’ll say that Goldberg has gotten better at promos than we can remember. “I don’t speak neanderthal” was a very KO response. Ha. Pick on the hometown, classic heel move. “The Goldberg chant dies” was a pretty morbid way to end the exchange, but that set the table for FL nicely. KO ultimately stands no chance in the long run with Brock Lesnar in the wings and his history with Goldberg.

END_OF_DOCUMENT_TOKEN_TO_BE_REPLACED

– The opening video recapped the previous night’s Raw contract signing segment for the WWE Cruiserweight Championship match at Fastlane on Mar. 5 between Champion Neville and Gentleman Jack Gallagher. They showed all the important parts, as Neville painted Gallagher as a live caricature of the things people laugh about British culture, to which Gallagher argued that being a gentleman was who he really was and not a part played. In the end, Gallagher got the last laugh as he outlasted Neville in impromptu combat and embarrassed him with William III, his trusty umbrella. Makes sense as Fastlane draws near. Gallagher should get as warm as possible for the belt.