– The opening video recapped the last month, aka Randy Orton’s “master plan” to sacrifice himself into The Wyatt Family to get a shot at the WWE Championship, which ultimately culminated with arson. Definitely one of the more darker angles in recent years, with the image of Orton’s pose with a fiery background probably something that’ll follow his career in the years to come. It’s still hard to determine ideologically that Wyatt wasn’t turned babyface by Orton’s actions judging by his sympathetic “Oh my god, my house is burning down” reaction. We guess this new episode will help out with that.

END_OF_DOCUMENT_TOKEN_TO_BE_REPLACED 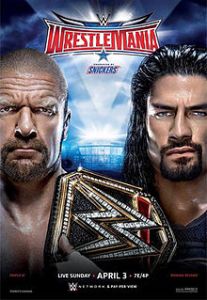 Branded as a “seven-hour spectacle” that actually went a half hour longer, this WrestleMania definitely provided the entertainment factor coming from AT&T Stadium in Dallas, Texas with several noteworthy moments – a broken WWE event attendance record, both Shane McMahon and The Rock’s return, Shaquille O’Neal, the rebirth of the WWE Women’s Championship (retirement of the Divas Championship) to name some.

As it goes with most Manias, some stars were created, but other matches gave us unspectacular finishes and questionable booking decisions.

More on that below.

END_OF_DOCUMENT_TOKEN_TO_BE_REPLACED

– With a hyped-up Brooklyn crowd, the show got off to the right start with the hot opening segment with Shane McMahon and The Undertaker. Again, while this whole feud/storyline severely lacks strong logic, it does hold a certain entertainment factor to it that can’t be denied. Say what you want. You’re looking forward to this match. That said, their exchange on the mic was entertaining, with Shane proclaiming he was fighting to win to bring change, while Taker was fighting not to lose. Also some nice jabs at Taker’s legacy tarnished two Manias ago. They amped it up by having Shane walk down the ramp and into Taker’s face, to which Taker called Shane his daddy’s bitch, which started the memorable physical exchange. Didn’t think they’d take a chance with Shane’s signature elbow drop through the announce table, but they did it and the crowd went bonkers. This feud actually needed that “aha” moment to get people even more excited and gave us a taste of what could potentially come at Mania.

END_OF_DOCUMENT_TOKEN_TO_BE_REPLACED 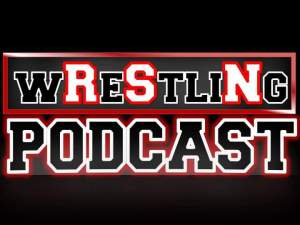 Check out the latest episode of The RSN Wrestling Podcast, as Rich, Sal and Nick discuss live the entire WrestleMania weekend and preview the entire Mania card as well as speculate on what could happen in arguably wrestling’s biggest weekend.