WrestlePOST – Pro Wrestling Under Your Thumb 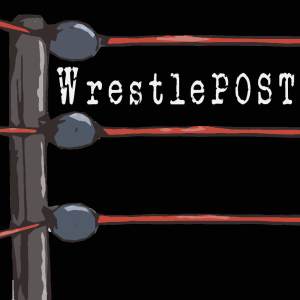 Armed with a background of both marketing and 20 years of restaurant management experience, RJ had worked for the West Coast Wrestling Connection (WCWC) as a referee, ring announcer and interviewer for five years. One of his last projects with The WCWC was to create an app for them.

Once their weekly television show came off the air this past December, RJ had an opportunity to move on. He figured, “Why not create an app for everybody?”

“That is one of the main reasons I did it,” said RJ. “Any database out there that I have found is messy and out of date if you’re looking for pro wrestling promotions, so I wanted to bring those two things together.”

Thus, the WrestlePOST app was launched in March 2019 with the purpose of being a tool for fans, promotions and wrestling talent to find each other, buy and sell gear, merchandise and equipment, as well as post and find other wrestling-related services.

“In the time I spent in wrestling getting to know the performers, if there is a struggle, it’s [for] independent contractors to market themselves and try to promote themselves and get booked,” said RJ.

From the onset, he said he “grinded it out” to set himself up for success and tested everything out to make sure it functioned correctly with no software issues to date. For fans, they can find listings of events, new wrestling podcasts and wrestler bios. For talent that seek to get into a school or promotion, they can search wrestling schools by region, city, state and country with their contact information, email and social media fully listed.

For his database, he searched for only currently active promotions and came across 690. To date, the app contains contact information for 730 active wrestling promotions around the world. ​

“If there’s 700 promotions running every month, that means that people are going to those shows and they keep going because they keep running, so there is something special going on in professional wrestling, not only in the United States and Canada, but I’ve got 142 promotions in the United Kingdom and Europe listed,” said RJ. “There [are] 50 promotions listed in Australia. There were 75 live events in Australia in the month of April. That is a lot of wrestling, man. The timing for me thinks that the timing is perfect for an app like this as well.”

Since the app went live, RJ used his own app as a tool himself and emailed every promoter to let them know he created the app and added them in his listings so fans could find them. Each one replied back with praise and thanks. Word has now gotten out to where people send him new promotions to add.

“I just want all people to be able to find these great talents, these great podcasts and these promotions that are out there,” said RJ. “I mean, we’re in the middle of an independent wrestling renaissance. WWE’s ratings are declining. They’re getting worse. People are abandoning that show. There is less wrestling on television. People are not consuming the wrestling on television, they’re consuming it live or they’re streaming it online. With All Elite Wrestling and all these promotions, it’s clear that it is a resurgence of wrestling.”

Recently, a “fan feed” was added to the app, where fans can post pictures and videos of independent shows that they attend. Future hopeful additions include a correspondents section where recruited writers can cover various independent wrestling events worldwide so they can send in their reviews and use the app to promote themselves.

“I created this as a service to the industry straight up,” RJ said. “I’m very confident that this will be a game changer for this industry. I really think that it will be the go-to hub to find things wrestling-oriented. I always use the hashtag, #WrestlingCommunity. That’s very important to me. I find that wrestling is very much community-oriented. It’s very much a tribe mentality and so I think it’s important to try to keep everybody connected that way.”