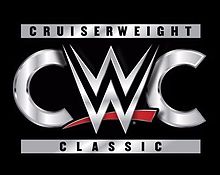 Can You Handle This?

– With the Cruiserweight Classic winding down to the esteemed Finals, it had been a fun journey thus far. We’ve seen great work from talents on the rise like Tony Nese and Gran Metalik, while other established veterans like Tajiri and Brian Kendrick enjoyed one last shot at glory. It shouldn’t be a shock to many that the final eight have turned out the way that they have. This episode featured the last of the Quarterfinal Round with matches between Zack Sabre Jr.-Noam Dar and Rich Swann-TJ Perkins. Still a good matchup no matter how you arrange the four.

– The Quarterfinal Round match between Sabre Jr. and Dar was a nice pair on paper, with the two on similar paths. Obviously, many would point to Sabre Jr. as the better of the two with name recognition, but Dar had been positioned nicely as a tourney dark horse, also with the fact that he was the youngest in it at 22 years old. Also liked Sabre Jr.’s promo line where he put over that he was in it to win and not just apply pretty submissions. This was a very technically sound affair, as we saw Dar show off his mat-based prowess while Sabre Jr. continued to show inventive ways to bend the human body. Thought it was cool how SmackDown Live General Manager/CWC Commentator Daniel Bryan brought up how Sabre Jr. had a huge hand in Dar’s training and made a point in how that affected the match and each man’s strategy. Don’t think many doubted Sabre Jr. was going over, but Dar had a decent enough showing and a chance as he worked over Sabre Jr.’s arm throughout. The finishing exchange was great, as Sabre Jr. applied a variation of his Rings Of Saturn submission with his legs that forced Dar to verbally submit. Thank goodness the live two-hour CWC Finals will feature Sabre Jr.. Wouldn’t make sense without him.

– The Quarterfinal Round match between Swann and Perkins was every bit the way we envisioned. This was a treat to watch unfold, with the two similar in personalities (the “show-off” type) and in-ring styles (aerial-based) and we couldn’t wait. To start things out, they traded rest holds and chain wrestling maneuvers. The crowd was more on Swann’s side thanks to his theme song. The two even traded “dabs.” The true magic of this bout was the story where Perkins extensively worked over Swann’s leg. We’ve never seen Swann sell so brilliantly and it really sold him as an underdog here. Bryan’s commentary was also great, as we saw him point out how Swann’s injured leg subdued key aspects of his offense like his speed and jumping abilities. Swann looked tough as nails for continuing to take it to the air. It also sold how badly Perkins wanted it when he held on his knee bar submission for four and a half seconds after Swann had reached the ropes. Both guys traded superb springboard frankensteiners for one last thrill before they brought it on home. It was Perkins who had on the knee bar again and held on for dear life until Swann could no longer take it and tapped out, seemingly to the disappointment of many in attendance. Was that a “bullshit” chant we heard? Either way, some raw emotion exerted after the bell as Perkins immediately went to tend to his friend after the bell as we saw excellent sportsmanship.

– Next week’s live special was hyped again to close out as we saw the layout for the Semifinals as Sabre Jr.-Gran Metalik and Perkins-Kota Ibushi announced, all for the grand trophy. Good stuff all around.