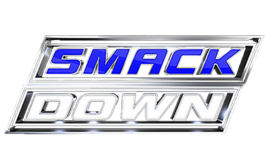 “Notes In Observance” features random thoughts and analysis on recent television shows. Quick results can be found at then bottom of the post.

– With Roman Reigns out of the picture due to a 30-day suspension via a Wellness Policy violation, we wouldn’t have the benefit of seeing him interact with brand-new WWE World Heavyweight Champion Dean Ambrose and scorned opportunist Seth Rollins, who again “got robbed” as it was revealed they’d all battle at (no pun intended) Battleground on Jul. 24. The opening video showed us how we reached the triple-threat, as it all played out on Raw. That review is very cool and you should read it.

– The opening segment with Rollins, Ambrose and Sami Zayn accomplished plenty in a short time. Rollins was made to come off as unlikeable, which was fine since he was in a feud with the highly popular Ambrose. It fit his character to throw out the main event one-on-one open challenge to “prove his worth.” Zayn coming out was a nice surprise since it promised a brand new match and he held his own well in the segment. Of course, Ambrose came and took the spotlight entertainingly with an impromptu edition of “The Ambrose Asylum” as he directed the set to come into the ring. We liked how Zayn tried to convince Rollins to fight now, but the heel simply scurried off and claimed it’d be done on his time and waived it off. Seemed to go a bit more for laughs, but it was a different dynamic than usual. It was about this point we also realized that David Otunga was Jerry Lawler’s replacement on commentary. Girl, no.

– The Cesaro-Alberto Del Rio match continued things from Money In The Bank with the simple story that Del Rio blamed Cesaro directly for his loss in the MITB Ladder match and wanted to make him suffer, while Cesaro saw this a chance to shut him up for good. Nice match for television with just the right amount of physicality that ended with a great counter of the Cross Arm-Breaker into the Neutralizer. Also like the idea that “Cesaro stays in the conversation” for Title shots with the win, while maybe Del Rio gets his heat back on Raw. His character could use a boost of some sort. He seems to want people to cheer him with the “Si!” chants, but he has nothing more than that going for him.

– The Sheamus-Apollo Crews match also continued things from MITB as it continued their feud. Shorter match than their PPV effort, but harder hits here. We liked the subtle finish of Sheamus Brogue Kicking Crews from behind to go head/shoulder-first into the steel steps to go down for a countout. It gives Sheamus a chance to brag about a win over Crews, even if it’s still close to “Even-Steven Booking” land.

– The backstage segment with The Club and The Usos carried off what happened on Raw with an impromptu SmackDown match. AJ Styles is a bold liar these days and he gave Jimmy Uso his “wordski” that they’d have a one-on-one match to answer their criticism that he couldn’t win on his own. We could see how the match was already going to pan out. One thing – why was Luke Gallows/Karl Anderson kept from ringside, yet Jey Uso was allowed to be there?

– Just as predicted, the Jimmy Uso-Styles match was a fun in-ring contest that continued Styles’ momentum of winning with help as per the finish, but it was genius because Gallows/Anderson never actually interfered in the match, just provided a distraction a ringside to throw Jimmy Uso off so Styles could take advantage and win with the Phenomenal Forearm.

– The Vaudevillains-Kofi Kingston/Big E match was a glorified squash for the WWE World Tag Team Champions in lieu of their recent feud with The Wyatt Family, as Bray Wyatt cut in with a TitanTron promo with no hat as he again vowed pain amongst the Unicorn Trio to come soon. It was all fine and good, but this feud doesn’t light our fire. Wish Creative had continued that babyface experiment with Bray they had going.

– The latest “Life Lessons With Coach Backlund” segment was clear evidence that a repackaged debut is in our future. Slowly but surely. Will a singles Darren Young run last long? Who knows.

– Zayn’s backstage promo was a better representation of what he was about, as he hyped the main event and also addressed the brawl with Kevin Owens on Raw and issued a threat to worry about him kicking his head off soon. Also liked how he put over what a win over someone like Rollins could do for himself.

– The backstage promo from Dana Brooke/WWE Women’s Champion Charlotte hyped the upcoming Brooke-Becky Lynch match as Charlotte also boldly boasted she wasn’t scared of Sasha Banks, who returned in grand fashion. Brooke was generic as she only called Lynch a “carrot top,” but we were eager to see what’d happen.

– The Lynch-Brooke match was too short to be memorable, though Lynch had the out of not being one-hundred percent via a Natalya attack from Raw and Brooke had help from Charlotte on the outside directly. They’re doing a great job building sympathy for Lynch and it makes her come off stronger seeing all she’s dealt with. The post-match angle where Banks made the save and put Brooke in the Banks Statement after she tried to sneak attack her was effective. Banks has still yet to directly touch Charlotte and when it does happen, the fans will pop huge.

– The fun interaction between Rollins and Ambrose continued on as we saw Rollins bump into Ambrose, who said he’d have a front seat to the main event, much to Rollins’ disdain.

– Given their chemistry goes way back to the classics in Ring Of Honor, it was nice to see Rollins and Zayn work together in the ring. A great match that got even better with time, as Ambrose sat in on commentary too. Zayn was able to pull out his signature spots and even almost beat Rollins twice with a Blue Thunder Bomb and a surprise school boy. Rollins stood calm and after a Tope Con Hilo from Zayn, hit a sudden Pedigree when he was rolled back in the ring. We expected the Ambrose-Rollins brawl to end the show to heighten their tensions, while we were surprised not to see Owens at all on the show.